Now’s the time to think about booking Spring travel. Here are some handy tips from DealDash to travel on the cheap.

Travel can be fun, exciting, interesting, educational, and expensive. If you’re a fan of DealDash, then you must love to save money! Travel, especially within the US, definitely doesn’t have to cost an arm and a leg. Here are some tips on how to save some cash when you want to travel.

You can get a much better deal if you book early, and you also have the added benefit of being able to choose from a much bigger array of seating choices (for most airlines.) I have also read that Tuesdays are the best day to book flights for the lowest prices. Here’s an extra tip – before you book your flight clear your “cookies” on your computer. You might end up with a better price.

Now that most airlines are charging to check a bag, it makes sense to try to skip checking a bag. Most airlines let you bring a carry-on bag and a personal bag such as a purse, laptop bag, or backpack. If you’re traveling with a child, make the most of their space as well – if they have a seat on the plane then they are entitled to both of those items as well. DealDash has some awesome carry-on bags, backpacks, purses, laptop bags, and toiletry bags up for auction.

If you take the time to check out some travel forums you can read where people have reviewed different hotels, so you can try to find a discounted hotel that is still clean and comfortable. If you browse around the travel forums you can also read where people have reviewed activities as well, so you can find fun things to do on a budget.

The best travel tip of all is to bid on DealDash! On DealDash you can find travel bags, full luggage sets, American Airline Gift Cards, toiletry bags and bathroom items, and many more things for a trip. Visit DealDash now to see how much you can save. Be sure to check out the daily blogs on DealDash Tips and DealDash Reviews. Good luck and happy bidding everyone!

Love it or hate it, winter is an interesting season. Here are some fun facts about winter from DealDash.

According to the Guinness World Records, on January 28, 1887, a snowflake 15 inches wide and 8 inches thick fell in Fort Keogh, Montana, making it the largest snowflake ever observed. Now that’s a huge snowflake, DealDash fans!

The largest recorded snowman ever built was in Bethel, Maine, in February 1999. The 113-foot, 7-inch snowman was larger than the previous record held by a snowman in Yamagata, Japan, at 96 feet and 7 inches.

President Barack Obama popularized the phrase “Snowmagddon” when two blizzards in 2010 struck during the Democratic National Committee’s winter meeting. The blizzards broke snowfall records in the mid-Atlantic region, and after the second snowstorm, 68.1% of the U.S. was blanketed by snow. Who would have thought that President Obama had such a good sense of humor?

Warming Up the Car

Many people let their cars run for several minutes before actually driving it, supposedly to “warm up” the motor. This might help you feel warmer when you get inside, it doesn’t actually have any benefit to your car. Almost all engines are perfectly fine being driven right from starting it, no matter what the temperature might be. Personally, I love my remote starter on my car. I love to get into the car when it’s nice and toasty, and my seat all heated up.

A very common misconception is that being out in the cold will make you sick. This is a popular wives tale but is untrue. Getting a “cold” is from a virus or bacteria that makes you sick, not the weather. No matter how many times I tell my mother-in-law this, she doesn’t believe me!

I hope that you found these winter facts from DealDash interesting. DealDash has winter snow removal tools such as shovels, scrapers, and snow blowers. DealDash has everything you need. Visit DealDash now to save. DealDash now offers free bids for reviewed products, check it out! Good luck and happy DealDash bidding everyone!

Having friends is a wonderful thing. Here are some tips for how to become a true friend.

Almost everyone has a few friends. There are lots of different kinds of friends – work friends, school friends, acquaintances, best friends, internet friends, casual friends, sports friends, etc. There are many things that you can do to improve your friendships. Here are some tips from DealDash to become a great friend that everyone wants to spend time with and enjoy your company.

No matter if your friend lives next door or in a different country, to be a great friend you need to make yourself available for chatting, texting, skyping, or getting together. You can have friends close to your or far away if you choose to make the effort. If you are able to make the time for your friendships, you can make your friend feel both appreciated and supported. Make it a point to be available to nurture your relationships.

Don’t be a fair-weather friend. Stick with your friends in the good times and the bad. Don’t run away when times get tough, be there for your friends when they are having a difficult time in life, even if it makes your life a little harder. Being loyal means sticking with your friends through the thick and thin, never turning your back on them in bad times.

Never spread gossip about your friends, try to be the kind of person who everyone trusts with their secrets. Here’s a tip – being trustworthy is an excellent character trait, and it would behoove you to try to be as trustworthy as possible. Trustworthiness will benefit you in other parts of your life as well as help you in being a great friend.

Everyone has a few minor character flaws and being petty doesn’t help friendships in any way. Occasionally friendships are completely one-sided, but for the most part things even out in a friendship. Maybe you have been the one to go visit your friend more often, or call them first, or always be the one to send emails. Instead of being petty and holding a grudge over these little things, why not talk to them about it instead?

I hope that you have found this DealDash Reviewed article helpful. If you would like to be a great friend and get your “bestie” a surprise gift, head on over to DealDash. DealDash has some great gifts such as jewelry, candles, and perfume. Check DealDash first before buying elsewhere. Visit DealDash now to see the deals. Good luck and happy bidding everyone! 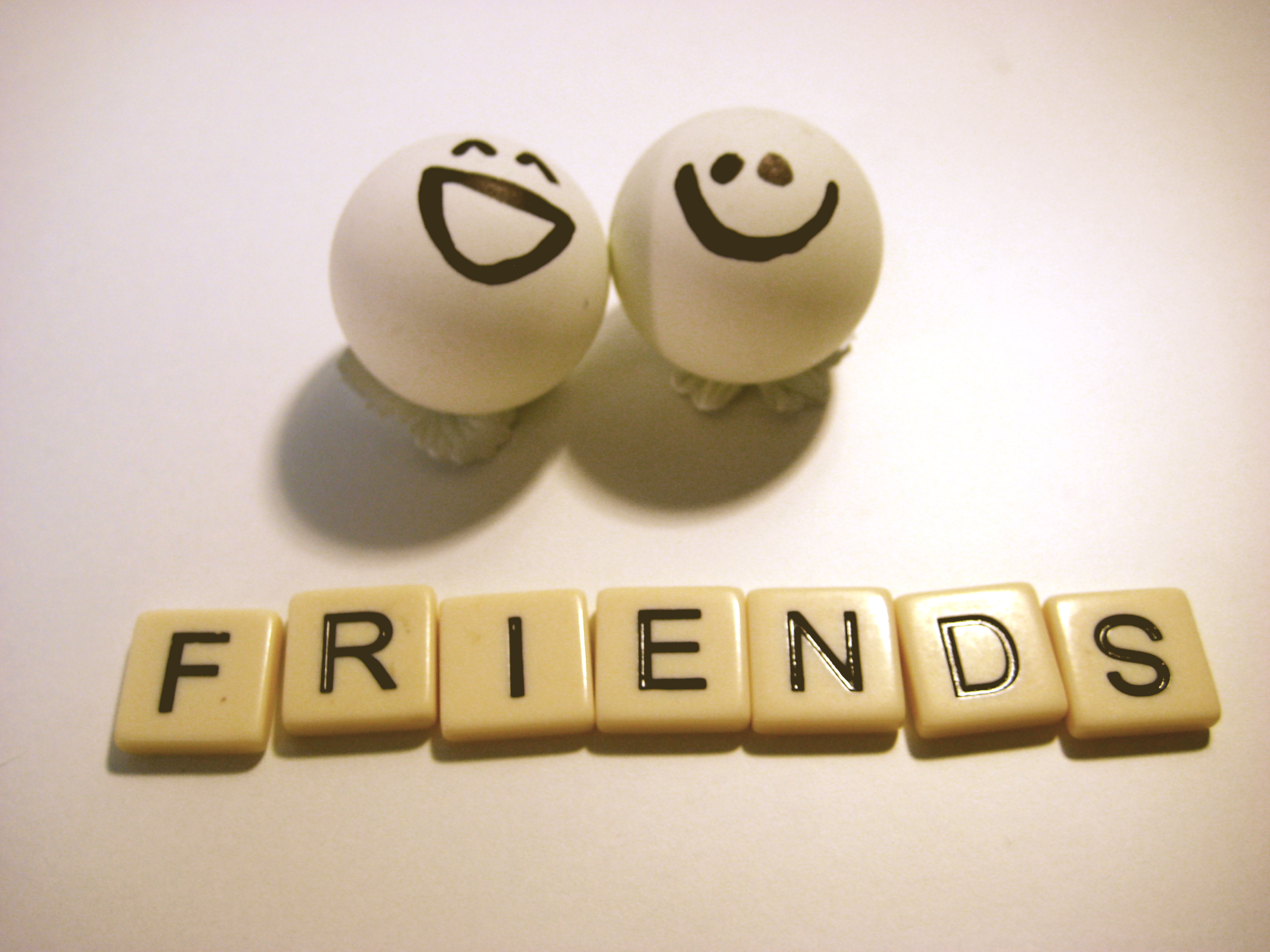 Are you a morning person? Well, you probably have to get up even if you aren’t – so here are some tips to make your morning better.

Most of us would rather turn the alarm off and go back to bed, but we have to get up anyway. You might have to get ready for work, get your kids ready, make everyone lunches to go – the possibilities are practically endless. Here are some handy tips from DealDash to get your day started right.

Water. Fresh water is your best friend in the morning. Delicious, clear water boosts your metabolism and hydrates your body. If you’re the kind of person who can sleep straight through the night without getting up to get a drink or go to the bathroom, it’s especially important to rehydrate as soon as you wake up. Try to drink a big glass of water in the morning right after waking up. Here’s a tip- keep a water bottle by your bed with your morning water inside; that way it will be waiting for you when your alarm goes off. After you’ve had your water you can go about the rest of your morning routine, taking a shower, having breakfast, etc.

Skin. Take care of your skin in the morning. Wash your face with a gentle cleanser, use a toner to re-balance your skin’s ph level, and then put on a moisturizer with SPF inside. This quick 5-minute skin routine will make your skin look and feel great all day. If you’re not sure what kind of skin care products to buy, check out the product reviews on Target or Wal*Mart’s website. After you decide which ones you want to buy, you can win a gift card from DealDash to buy your new products!

Plan ahead. After you’ve done all of these other handy tips in the morning, make a to-do list for the day. Making a to-do list will organize your thoughts and help you be more productive during the day.

I hope that you found this DealDash Reviewed blog helpful. Be sure to check in every day for more hand tips, reviews, and lifestyle blog posts. If you’re looking for gift cards, home goods, or kids toys check DealDash first. DealDash has all of these and more. Visit DealDash now. Good luck and happy bidding everyone!

T.S. Eliot is known to have said that “April is the cruelest month.” Though some people would argue that it’s January. Let’s think of some things to look forward to in January.

“What’s good about January?” You might ask. Well, aside from celebrating a fine new year, there are many nice things about January. Many amazing people were born in January, including Paul Revere, Joan of Arc, Nicholas Cage, Edger Allen Poe, and my very own little baby, who turns 1 year old this January!

In addition to some amazing people being born in January, there is also the mild feeling of relief that all of the holiday preparations. Decorating and shopping are behind us again for another 10 months or so. Most people love the holidays, but also love them when they are over as well!

Now that it’s the beginning of the year again, we can all start with a fresh, clean slate ahead of us. Now is a great time of year to let go of all of the small grudges or bad feelings that you might have. You can try to mend fences with anyone that you are on “the outs” with, and hopefully forgive and forget.

Speaking of thinking positively here is a very cool idea that I read about a while back –  Someone suggested taking an empty jar and labeling it ‘Good Things’. Every time something good happens over the upcoming year, you stick a note into the jar as a reminder of happiness. Then, on New Year’s Eve, December 31st, you open the jar and look back on all the good things that have happened over the year. Isn’t that a cute idea? You could do this yourself, or have the whole family join in for more fun.

Finally, January is great for staying in, cuddling, watching movies, and drinking hot cocoa. In the summer I feel a little guilty when I keep the kids indoors since running and playing outside is so healthy for them. However, I don’t feel a single shred of guilt keeping them inside in the warmth when it’s so cold and yucky outside. For me, the best part of January is not having to go out in January weather!

Thanks for reading this DealDash article, if you have any comments or suggestions for future blogs please leave them down below in the comments section. If you need anything for your family or home, check out DealDash. DealDash has everything you need up for auction. Visit DealDash now. Good luck and happy bidding everyone!