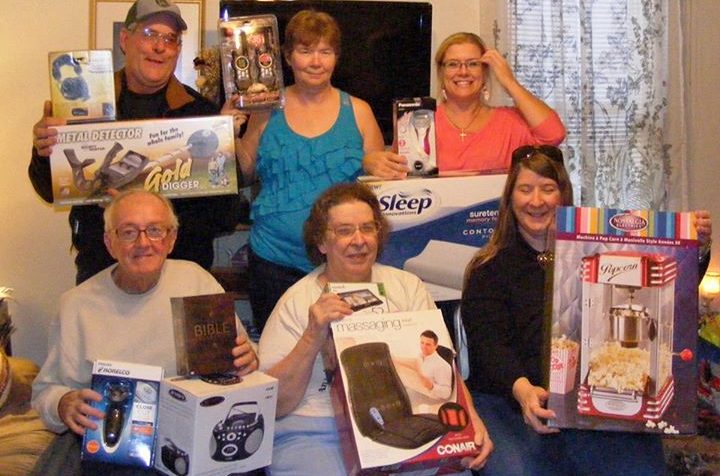 Knowing that DealDash offers a huge array of items to bid on, I began to listen, or pay attention to what items my family mentioned in passing that they would like to have. I knew with Christmas fast approaching, I would need to make a mental list of what they wanted and who wanted it. If I could win these items on DealDash, I could afford to accommodate their desires, without them knowing. It would certainly make for a wonderful Christmas surprize. In our family we have a $20.00 to $25.00 dollar limit, but I knew I could hold that in check by “shopping” on my favorite Penny Auction site, DealDash.

I took every opportunity to let my family know when I had won an item and interject into the conversation, what other auctions were coming up that I had my eye on and would be bidding on. That led to them expressing their desire to have this item or that or even the same item I had just talked about winning.

I started with my mother who I knew needed a GPS in the worst way. Hers had just “recalculated” it’s last route and was officially kaput ! I didn’t realize so many people needed a GPS until I started my quest to be one of them! It took me awhile to win but I was able to win the Garmin Novi 52lm Essential Series 5 inch GPS valued at $100.00 for $4.11 using 73 bids.

My sister wanted a popcorn machine after she saw the one I had won & my brother-in-law really, really wanted a metal detector. I was very fortunate to win a Nostalgia Electrics Retro Kettle Popcorn maker / red valued at $86.00  for 7.96 using 222 bids, and for my brother-in-law, I won a Bounty Hunter Gold Digger Metal Detector, valued at $82.00 for 2.56 using 44 bids. The look on his face when he opened it was priceless !! For my son-in-law, it was easy to decide what I was going to try to win. I had given him my old Kindle so he could download and read books, something he enjoys doing when possible, and it had recently stopped working. I came home from work one day from a short shift and trolled over the available auctions and one was starting for an Amazon Kindle Fire HD 7 inch Tablet with 8GB Memory (2nd Gen.) valued at $140.00. I won it for $0.92 and a handful of bids. My daughter is into photography and auctions for photography related items are plentiful on DealDash. I had previously won her a tripod so I found a Power Zoom AutoFocus Flash for Nikon Digital Cameras by Bower that was compatible with her current camera, a Nikon digital camera.I won it for $3.19 using 118 bids. She is trying to build a career in the Photography business so I will be on the lookout for more auctions to aid in her future.

My family was more than thrilled with all their gifts including several others I did not list here. I told them to get their orders in early because now that Christmas had come and gone, I would be taking Christmas requests for 2015 !!! Merry Christmas and Happy New Year