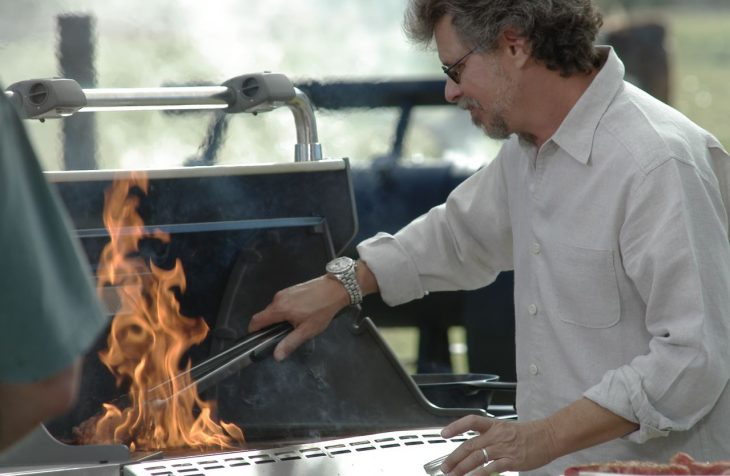 The Potato Grill Rack by Steven Raichlen is AMAZING!

I have been shopping and winning on DealDash for over 2 years and recently discovered an amazing item by Steven Raichlen.

I generally bid on the things that everybody knows like gift cards for restaurants, retailers like Walmart, and online stores like Amazon. I also love kitchen items and have bid on well-known brands like Rachael Ray and Paula Deen. So who in the world is Steven Raichlen and how come I haven’t heard of him before?

This is where you do your homework. You can Google just about everything these days so I googled Steven Raichlen. Well come to find out I have been living under a rock. He is a well-known journalist, tv host, and culinary writer. He put out numerous books and is an award-winning writer. They say he has reinvented modern BBQ. Well slap me! I think I might bid on his stainless potato grill rack which DealDash is auctioning off!

When I received the potato rack it took a few days before I actually used it. When I did it was amazing! It made the best baked potatoes I have ever had! You use this potato grill rack on the outside BBQ. Just start the potatoes before you start your meat.

Just like described it cooks the potato faster than in the oven. If you rub it with a little olive oil and salt, cook it until it is done in the middle you get a nice crisp skin on it. I love a crispy skin! I liked this product so much I had to get another one to have in the camper. Not a problem, there will be another auction again for this product. That is the good thing about DealDash. If you want a second of an item you liked so much you can bid again on the same product so long it’s not a one-per-user item.

In the end I won one rack for a penny and used the Buy it Now on the other one to get my bids back.

So when shopping on DealDash, you can bid on things you know or try bidding on things that you have no idea who made them and you might be surprised with how great the item is!

Check out this YouTube video where Steven Raichlen shows how to make BBQ Beer Can Chicken!